The region's premier holiday ice hockey tournament for AA, A (Major and Minor), and B level teams at the 8U, 10U, 12U, and 14U age classifications.  The tournament draws a maximum of 100 of the most talented teams from Pennsylvania, Ohio, West Virginia, New York and beyond.

Age levels are based on 2022-2023 USA Hockey age levels. Teams must play with their regular league roster and may NOT add players to their roster for the tournament. House all-star teams at the Squirt, Pee Wee, and Bantam levels are allowed if formed exclusively from an in-house program. Any exceptions to this rule must be approved by the tournament director, Blaine Buterbaugh via email  buterbaugh@rmu.edu.

Mite teams do not have to be the regularly rostered team from the season and may consist of players from multiple teams throughout an organization. Mite teams may also be formed from players of different organizations; however, such mixed organization teams may not be permitted into the tournament based on overall team strength. Mite-aged players who are rostered on a full ice Squirt team are not permitted in the Nutcracker, EXCEPT girls who are born in 2014 and are playing on a girls-only Squirt team.

Mites will be divided into tiers based on team's overall strength.

Each game is worth five points. Teams earn two points for a win and one point for each period won.

In the Mite Division, all teams play three round-robin games, a semi-final, and a 5th championship or consolation game. (Except for the Top 8 Challenge)

The winning teams receive the Nutcracker Cup engraved with all players' and coaches' names.  Players on the championship team and the runner-up team will also receive individual awards.

THIS IS NOT A "STAY TO PLAY" TOURNAMENT!!

We are looking for the top 8 mite teams for this challenge. Eight teams are divided into two equal divisions. Teams play a 3 game round robin and then cross over 1 vs 4 and 2 vs 3. Losing teams are done while the remaining four teams advance to the semi finals and championship/consolation games. The top four teams play 6 games in 3 days, two games a day. Games are played Dec. 26-28.

Games are played 3 on 3 plus goalie, cross ice. However, some upper divisions could potentially play 4 on 4, plus a goalie, half ice based on ice logistics. We are limited to 56 cross-ice teams. Teams will be divided into tiers based on team strength as reported by team officials and agreed upon by participating teams.

A $100 deposit is due upon registration with the balance due by November 18th.

Out-of-Town teams are encouraged to contact one of our convenient hotel partners: 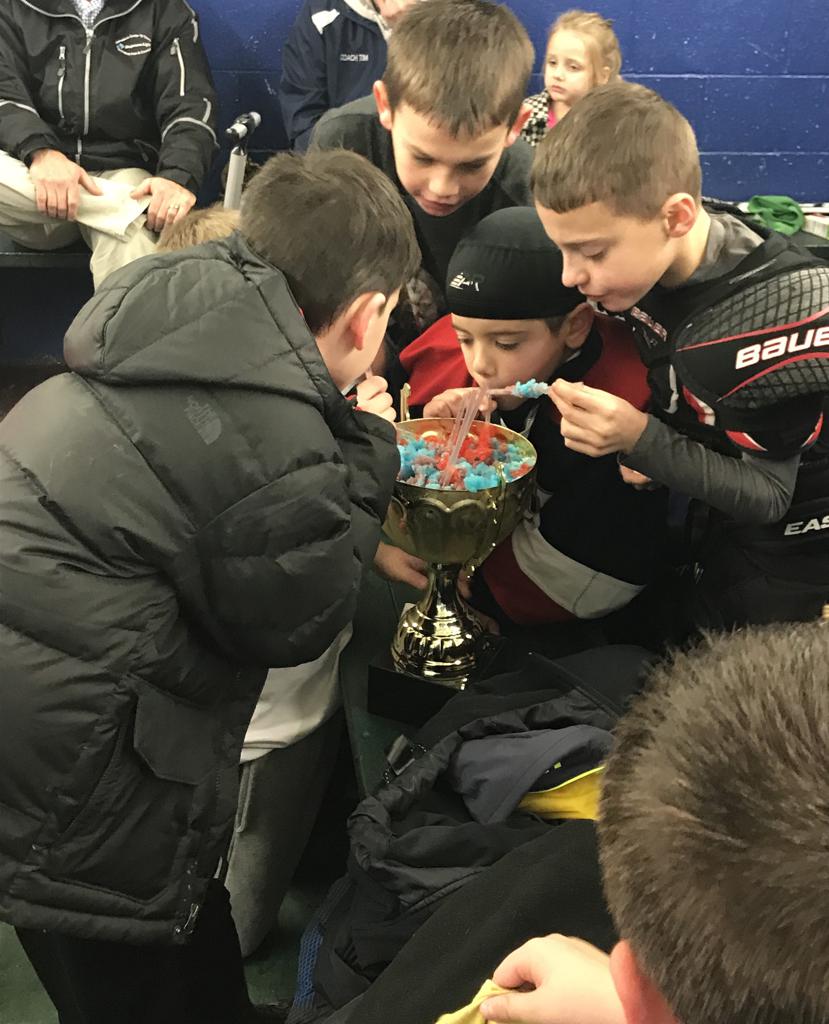